Kourtney Kardashian & Travis Barker: How It All Began 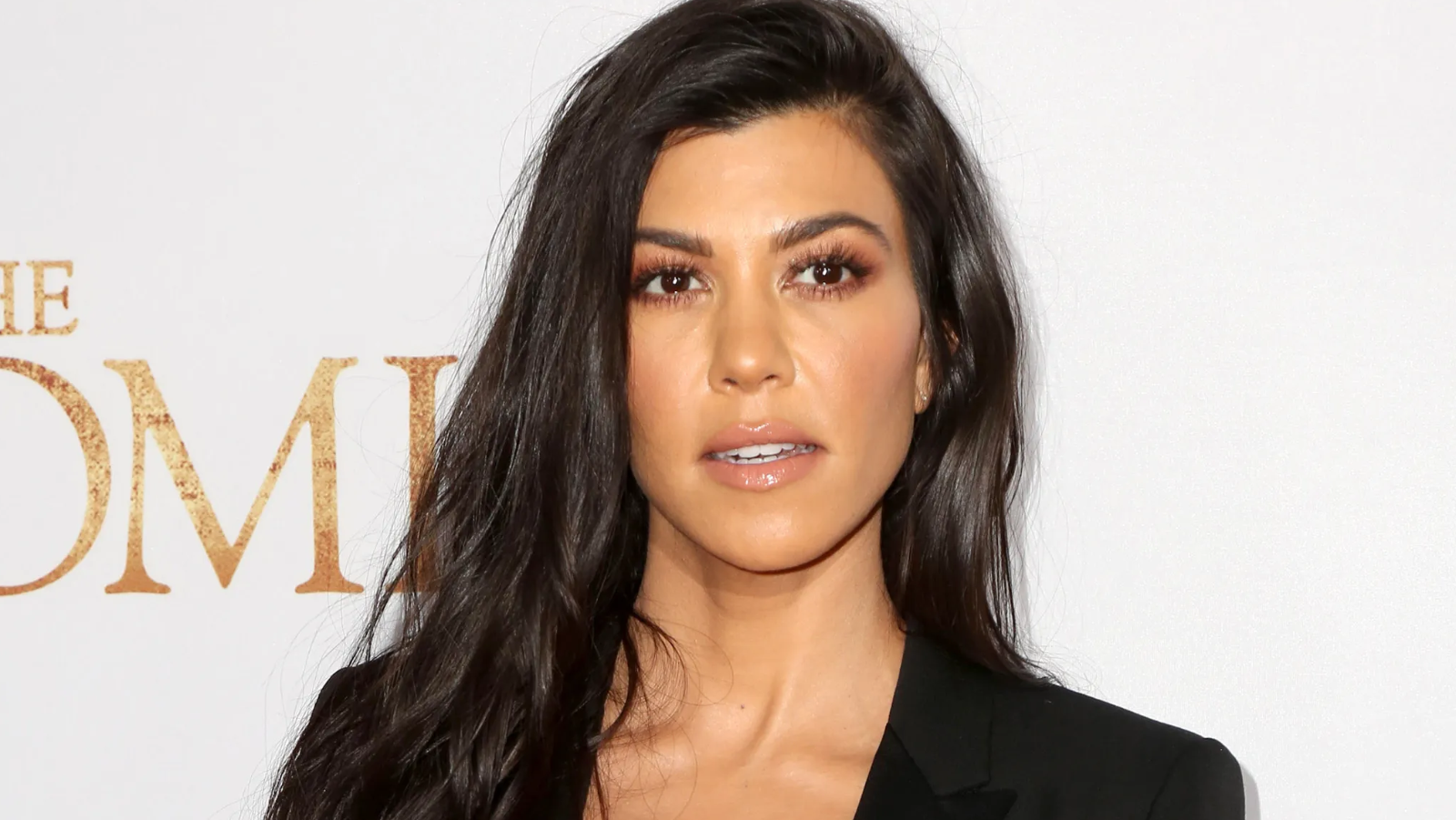 Kourtney Kardashian and Travis Barker took the world by storm with their whirlwind romance at the beginning of the year but, according to some sources, their dating was just as much of a surprise for the Poosh owner as it was for the rest of us. But more on that later.

Now engaged to be married, the happy couple, who's spending Christmas in "the happiest place on Earth" per Kourtney's most recent Instagram update together, has snagged headlines throughout the year with their hot and heavy, PDA-filled, fairytale love story. Here's how it all began. 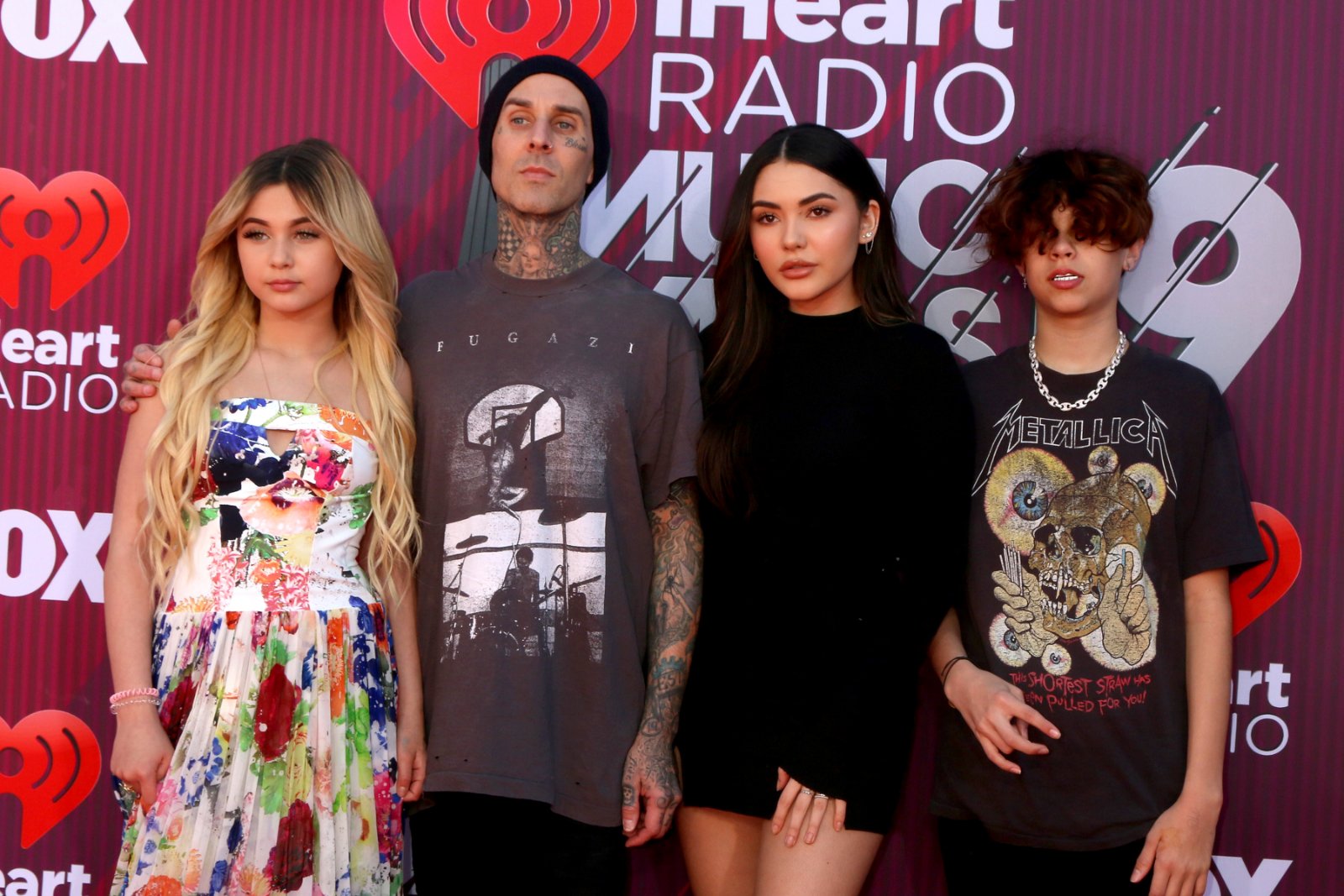 According to several media outlets, Kourtney and Travis were good friends for years before finding love in each other's arms. The KUWTK star, 42, and the Blink-182 drummer, 46, share a common reality TV background, as the rock star once fronted the Meet the Barkers MTV series alongside his ex-wife Shanna Moakler and their children back in 2005-2006.

In addition, Travis has made short cameo appearances in KUWTK and Kocktails With Khloe over the years.

He and Kourtney are also neighbors, living in the same gated community in Calabasas, California. They've moved in similar circles for years, with Travis' 16-year-old daughter Alabama Luella Barker being close with the Kardashian-Jenner clan long before the pair started dating.

Alabama was reportedly in with the Kardashians as early as 2017 when the teen attended the dinner that Kris Jenner held for Jennifer Lawrence at her home, per US Weekly.

Scroll through the embed below to see the happy couple enjoying a "perfect day" at the beach with Travis' three kids -- Alabama, son Landon Asher Barker, 19, and step-daughter Atiana De La Hoya, 22, earlier in November. 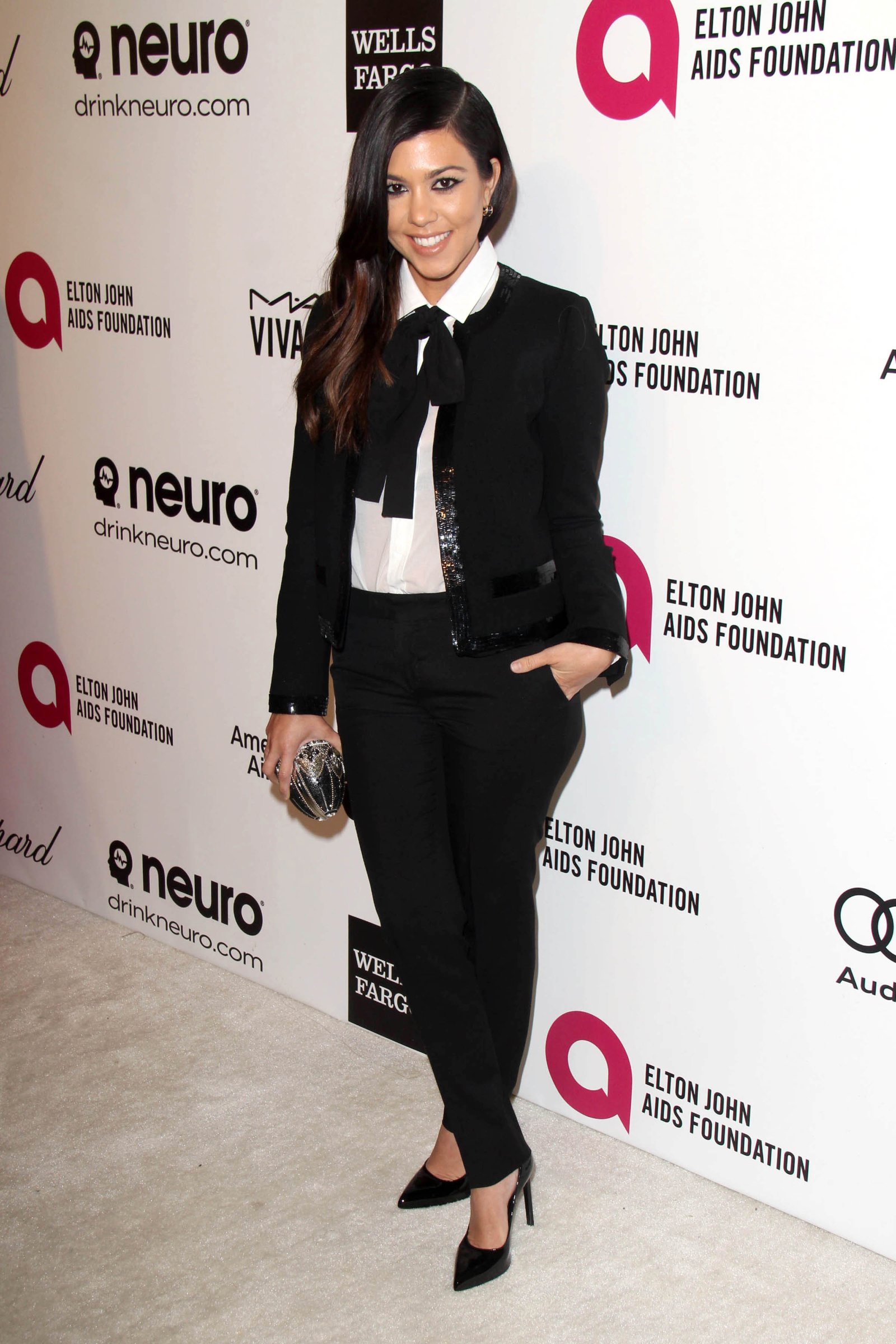 Throughout their close friendship, Kourtney and Travis sparked dating rumors a couple of times before eventually taking things to the next level. The duo was first linked in 2018 after enjoying several outings together.

According to Page Six, they were spotted leaving the same vegan restaurant, in addition to grabbing dinner with Kourtney’s ex-BFF Larsa Pippen and attending a church service together.

The pair continued to send tongues waving into 2019, all the while denying any romantic involvement.

Here they are below celebrating Travis' birthday this November 14. "I f**king love you more than anything. My favorite everything," Kourtney wrote on Instagram at the time. 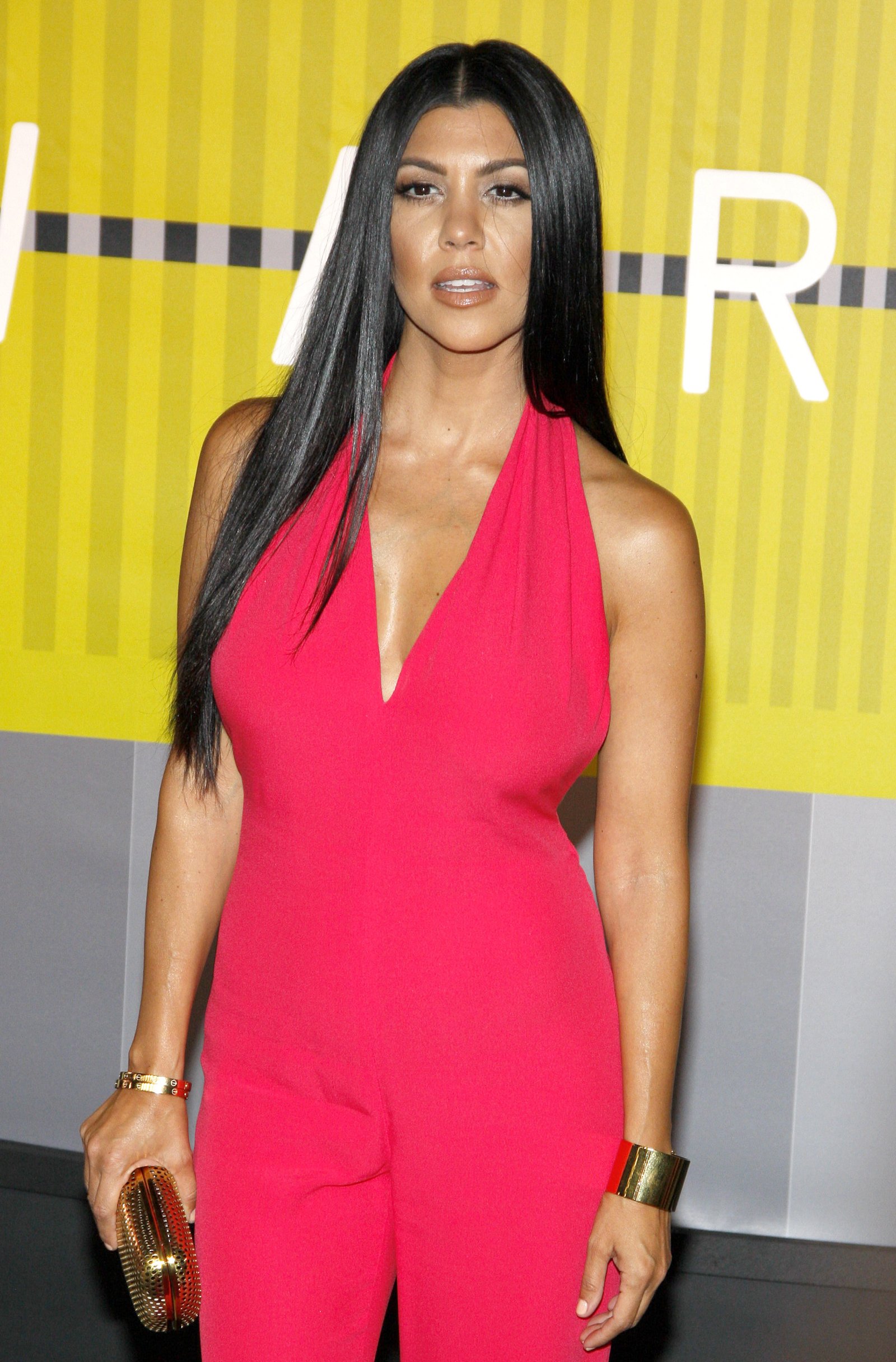 The internet once again wondered if Kourtney and Travis were an item after they were seen having dinner with all their kids in Malibu in February 2019. One month later, reporters couldn't contain their curiosity, flat-out asking Travis if they were dating. However, the rock star dispelled the romance rumors at the time, stating they were "just friends."

"Kourtney's like a dear friend. That's it," he told People in a March 2019 interview. "I mean, I love her to death. I love her family to death. But yeah, just friends."

Likewise, a source told E! News at the time that the two families were hanging out together as friends.

"They've been friends for years," said the insider, via Cosmopolitan. "They've lived in the same neighborhood for a long time and they see each other at church and with their kids."

Here they are at Disneyland with the kids back in May. 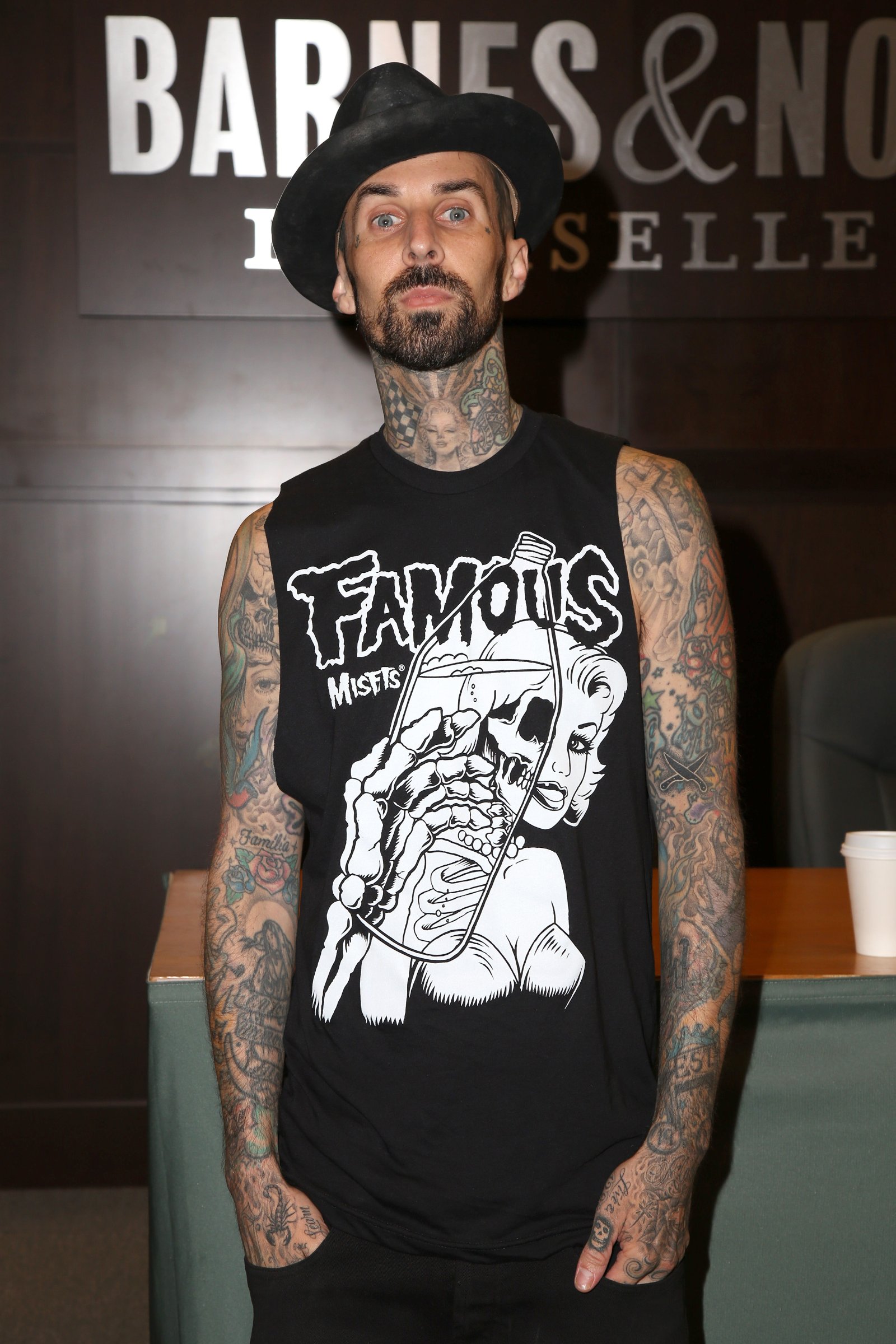 Nevertheless, in January 2021 it was obvious the two had a thing for each other, with Travis leaving a slew of flirty comments and emojis on Kourtney's Instagram posts, as seen below. Their budding romance was all over the news, with a source telling E! News at the time: "They are a really good match, and Kourtney's entire family already loves Travis. They have been neighbors and great friends for years, and it just recently turned romantic."

The insider added: "They love relaxing at home with their kids, and everyone gets along. It's going well, and they aren't putting pressure on it being super serious at this point."

'Didn't Expect' It To 'Turn Romantic' 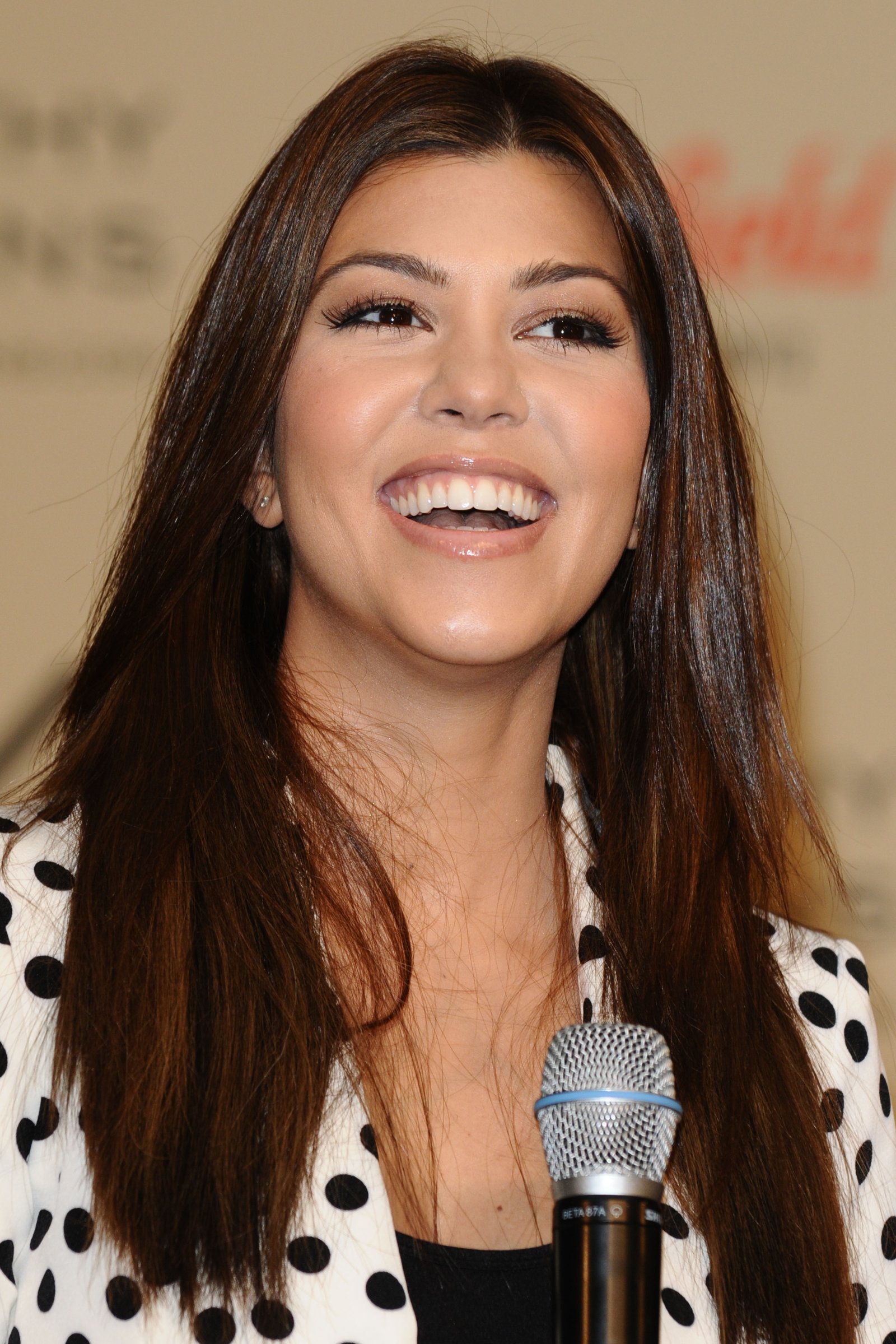 Kourtney and Travis made their relationship Instagram-official shortly thereafter, around Valentine's Day. Sharing that famous photo of their hands clasped together, given below, Kourtney sent fans into a frenzy, with Travis posting the same snap on his Insta Stories.

The very same day, People reported that the KUWTK star, 42, "didn't expect" that her longtime friendship with the Blink-182 drummer would "turn romantic," with an insider offering a little more insight into their relationship.

Crushing On Her 'For A Long Time' 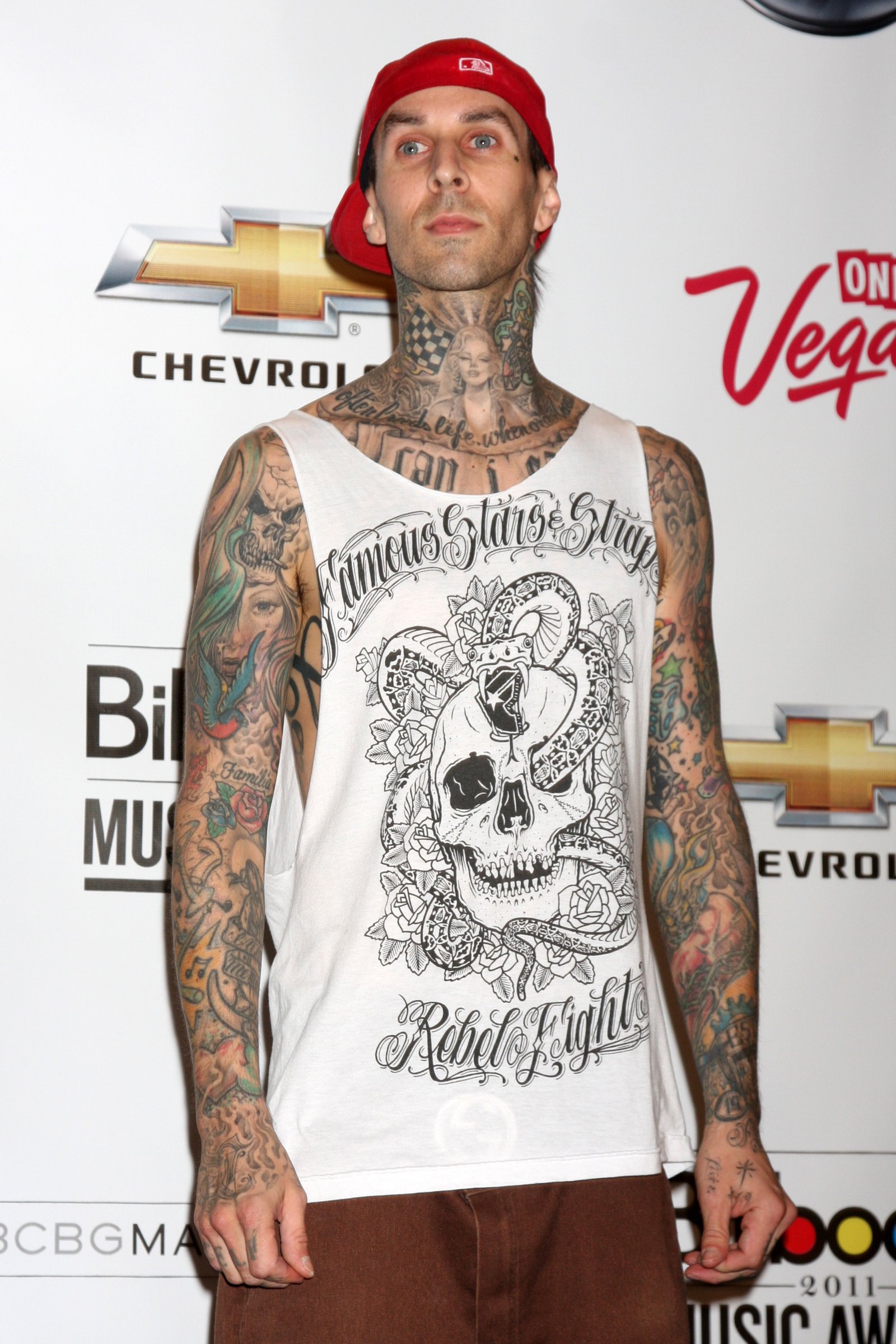 Around the same time, it was reported that Travis had been crushing on Kourtney "for a long time." The pair started dating around November 2020, less than one year before Travis' October proposal.

"He's liked her for a long time and she just got more open to the idea. He's a good guy and a really great dad," a source told at the time. "Her family and friends all really like him. Their kids all get along too, which is sweet."

Just like Travis, Kourtney is also a parent of three. The reality star and entrepreneur shares sons Mason Dash, 12, and Reign Aston, 7, as well as daughter Penelope Scotland, 8, with her former partner, Scott Disick, 38. The exes were together for nine years until July 2015.

The source added: "Travis is a great guy. He is very nice to be around. Throughout their friendship, Travis has always had stronger feelings for Kourtney. He has been pursuing her for a while."

Fast-forward to present day, and it looks like they both found their forever after. All that's left for them to do now is set a wedding date, although fans have a theory it could be October 2, 2022.