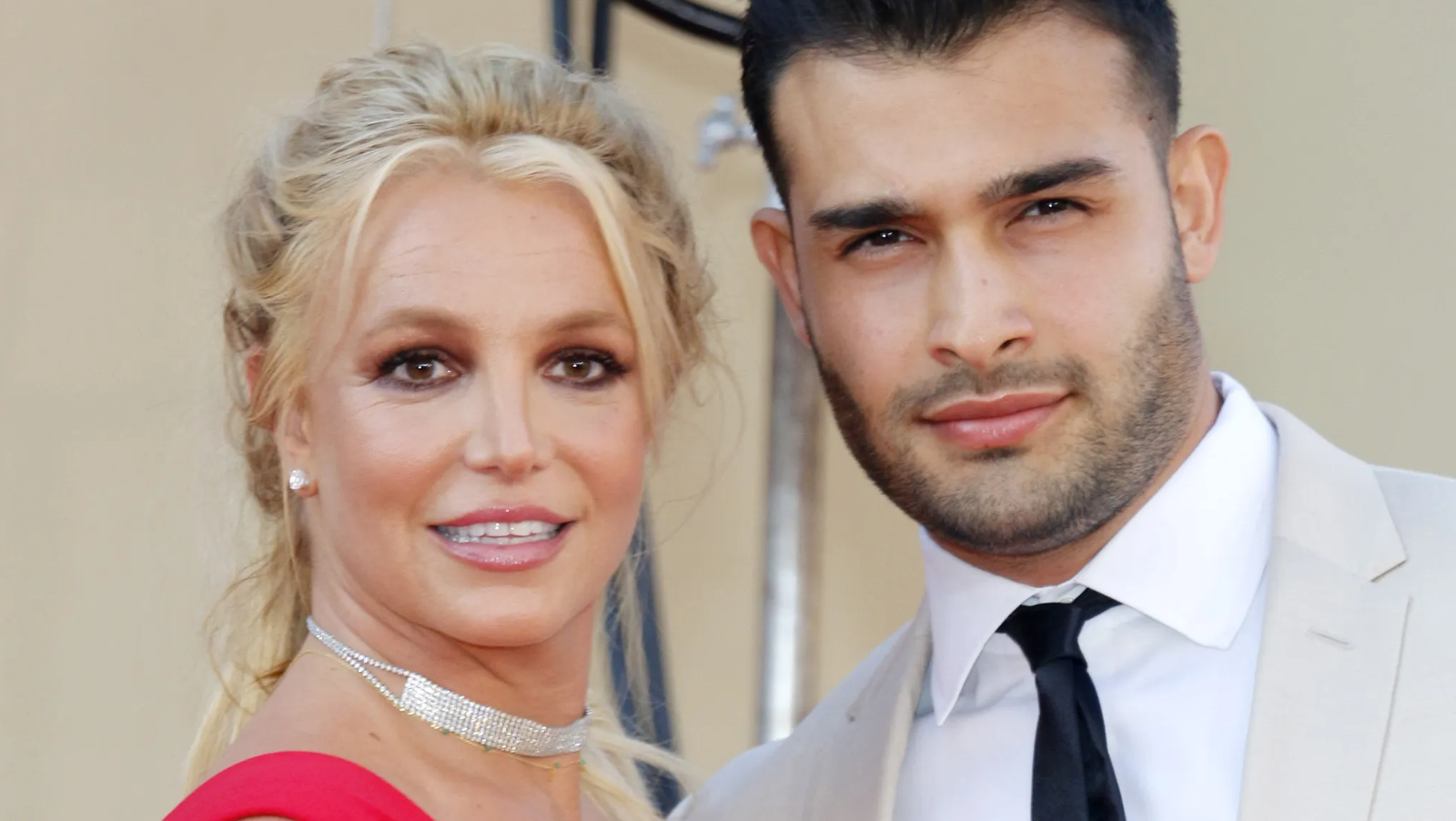 Britney Spears wasn't hiding her massive diamond ring as she swung by a drive-thru Starbucks over the weekend. The 39-year-old pop princess was literally shoving her hand in the barista's face as she was photographed on a rare public sighting, with the paparazzi snaps also including the "Toxic" hit-maker's boyfriend Sam Asghari.

Britney, making June headlines for saying her 2008-commenced conservatorship is preventing her marrying the personal trainer - and having a baby with him - is now sparking engagement rumors. See why below.

Put A Ring On It? 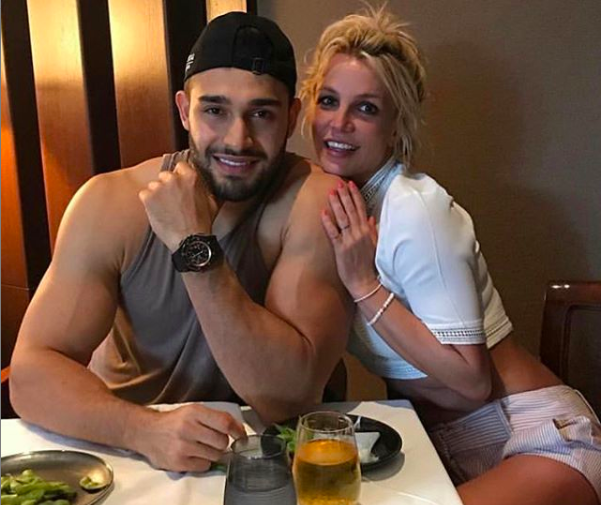 Scroll for the photos. They showed Spears at the wheel of her vehicle and with Iranian Sam next to her. The popular couple, who met on the set of Britney's "Slumber Party" music video, have been dating since 2016.

Images showed the Grammy winner looking relaxed and wearing shades. Britney was photographed communicating with a drive-thru Starbucks team member - it was here that the blonde, grabbing a huge Frappuccino beverage with what looked like a chocolate flavor, shoved her hand out.

See The Photos Below

Britney's hand, manicured and with red nails, clearly showed a diamond ring on her engagement finger. The star, who is twice divorced and shares teen sons Jayden and Sean with ex-husband Kevin Federline, had made global headlines on June 23 for stating that she wishes to marry Sam, but that constraints from her conservatorship prevent her doing so. 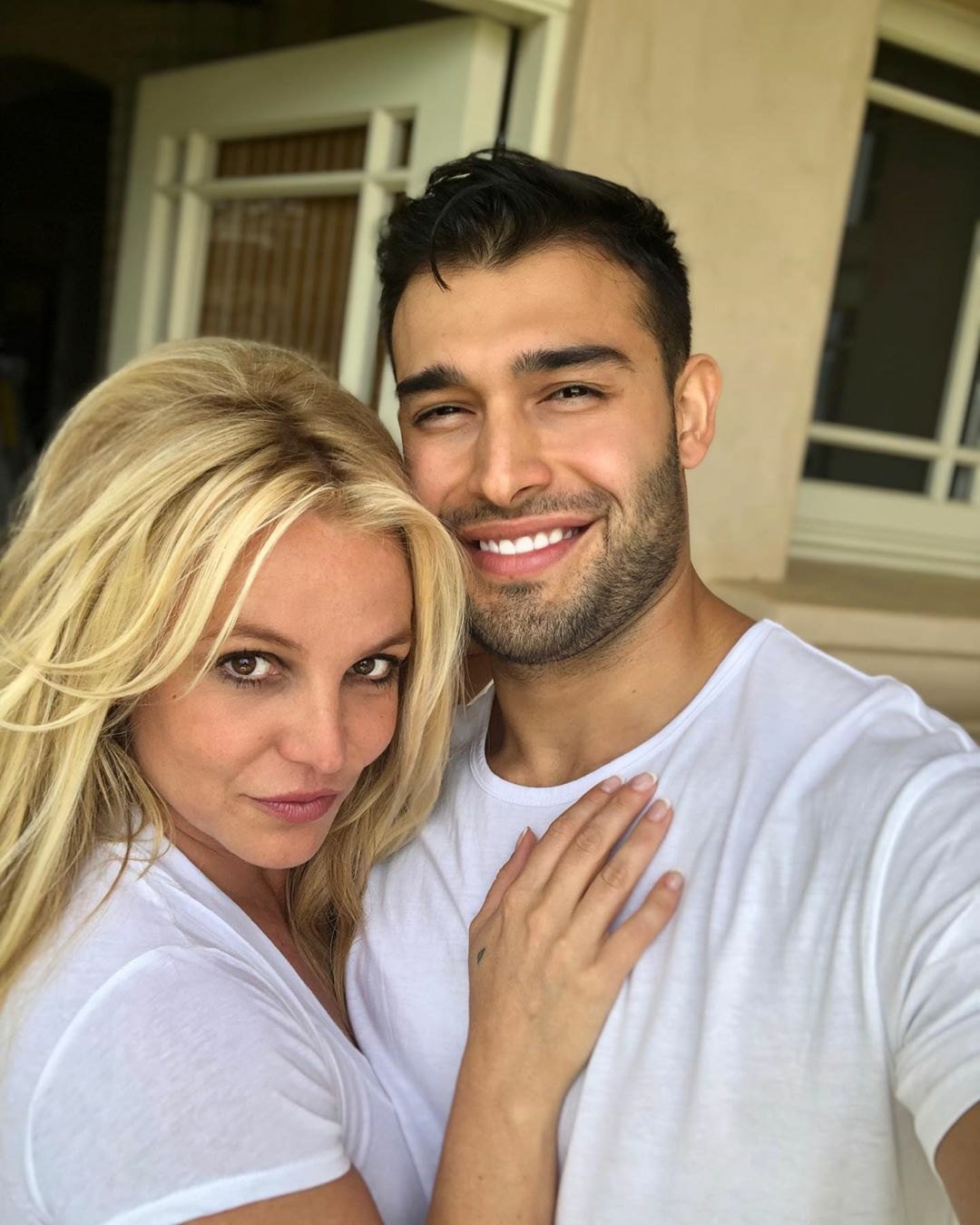 Click here for the photos - scroll for more. Britney, who is fresh from hiring a new lawyer as she vows to have 69-year-old dad Jamie Spears' grip lifted, continued:

"I have a (IUD) inside of myself right now so I don’t get pregnant. I wanted to take the (IUD) out so I could start trying to have another baby. But this so-called team won’t let me go to the doctor to take it out because they don’t want me to have children – any more children."

The #FreeBritney movement, now bigger than ever and including celebrities from Mariah Carey to Miley Cyrus, seemingly only wants one thing for Britney Spears: namely, happiness. Fans, who have watched the singer lose custody to her reported current 30% while ex Kevin has 70%, seem to think she's happiest with Sam. The fitness guru, now branching into acting, is all over Spears' IG - recently, Britney said he looked "like a dad" as she shared hiking throwbacks.

Britney has now made history by finally saying #FreeBritney on social media.