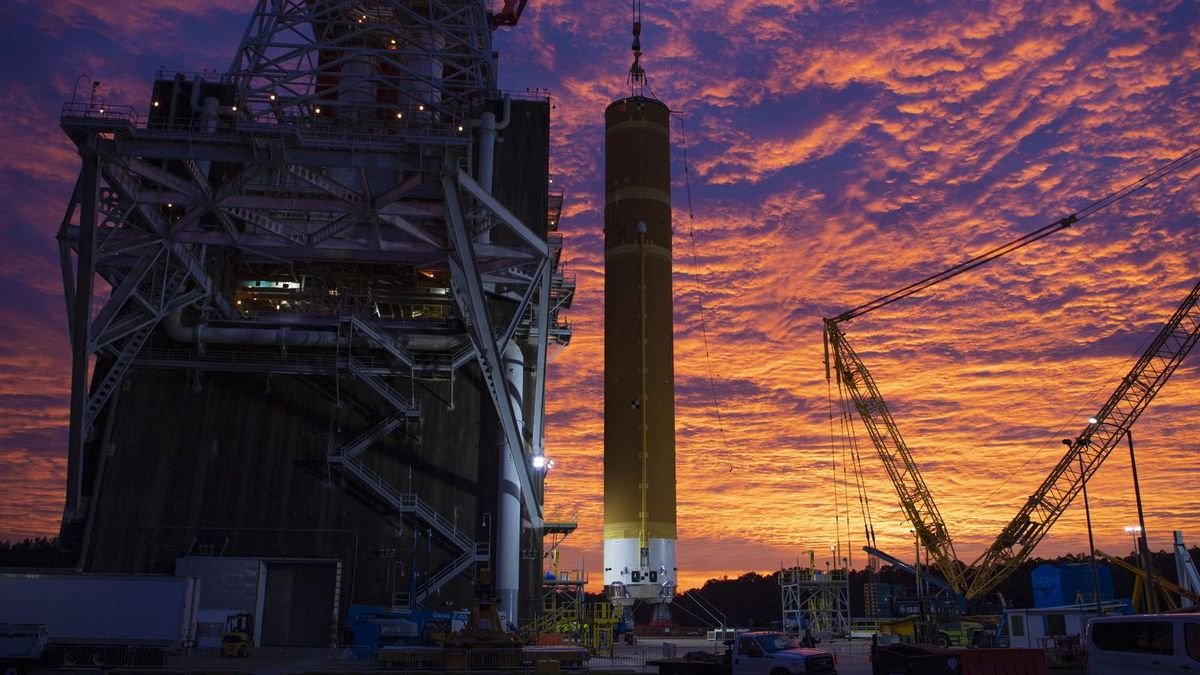 NASA is gearing up to fire its massive Space Launch System (SLS) rocket that will one-day ferry astronauts to the moon. The space agency will be conducting a test of the spacecraft's core stage today, March 18, at the Stennis Space Center (SSC) in Mississippi, where the imposing 212-foot-tall structure is clamped into the B-2 test stand in preparation for a so-called "hot fire," The Business Insider reports.

The test is scheduled to take place during a two-hour window starting at 3 p.m. ET and will be live-streamed on NASA Live as well as the NASA App beginning 30 minutes ahead of the fire.

The SLS core stage was built by Boeing and is the world's largest and most powerful rocket stage, according to NASA. It incorporates four RS-25 engines designed by Aerojet Rocketdyne, which run on liquid hydrogen and liquid oxygen fuel and are capable of generating 1.6 million pounds of thrust.

The formidable SLS rocket is estimated to measure a staggering 365 feet in height and has been developed for the Artemis missions, which aim to return astronauts to the moon by 2024.

The spacecraft's largest component and structural backbone is the core stage, which has been rigorously tested by NASA's Green Run program during seven previous checkups that thoroughly assessed each of its elements. Today's firing of the engines will mark the program's eighth and final step and aims to prove the spacecraft is ready to take flight.

"Our core-stage Green Run is the most comprehensive test that we're undertaking to make sure that SLS can safely launch the Artemis missions to the moon,"  SLS program manager John Honeycutt said in a press conference last month.

"This is a generational opportunity to learn as much as we can about the rocket while we've got it in this test configuration before we get to fly."

"This is a generational opportunity to learn as much as we can about the rocket while we've got it in this test configuration before we get to fly."

During today's test, the core stage engines will be fired continuously for eight minutes, which is the length of time necessary for the SLS upper-stage and its Orion spaceship payload to take off and reach Earth orbit.

"Engineers will power up all the core stage systems, load more than 700,000 gallons of cryogenic, or supercold, propellant into the tanks, and fire the rocket’s four RS-25 engines at the same time to simulate the stage’s operation during launch," NASA detailed in a press release issued March 15.

Although the hot fire is scheduled to last eight full minutes, half that time should be enough to prove the engines can be fired safely and are in tip-top shape, notesThe Business Insider. 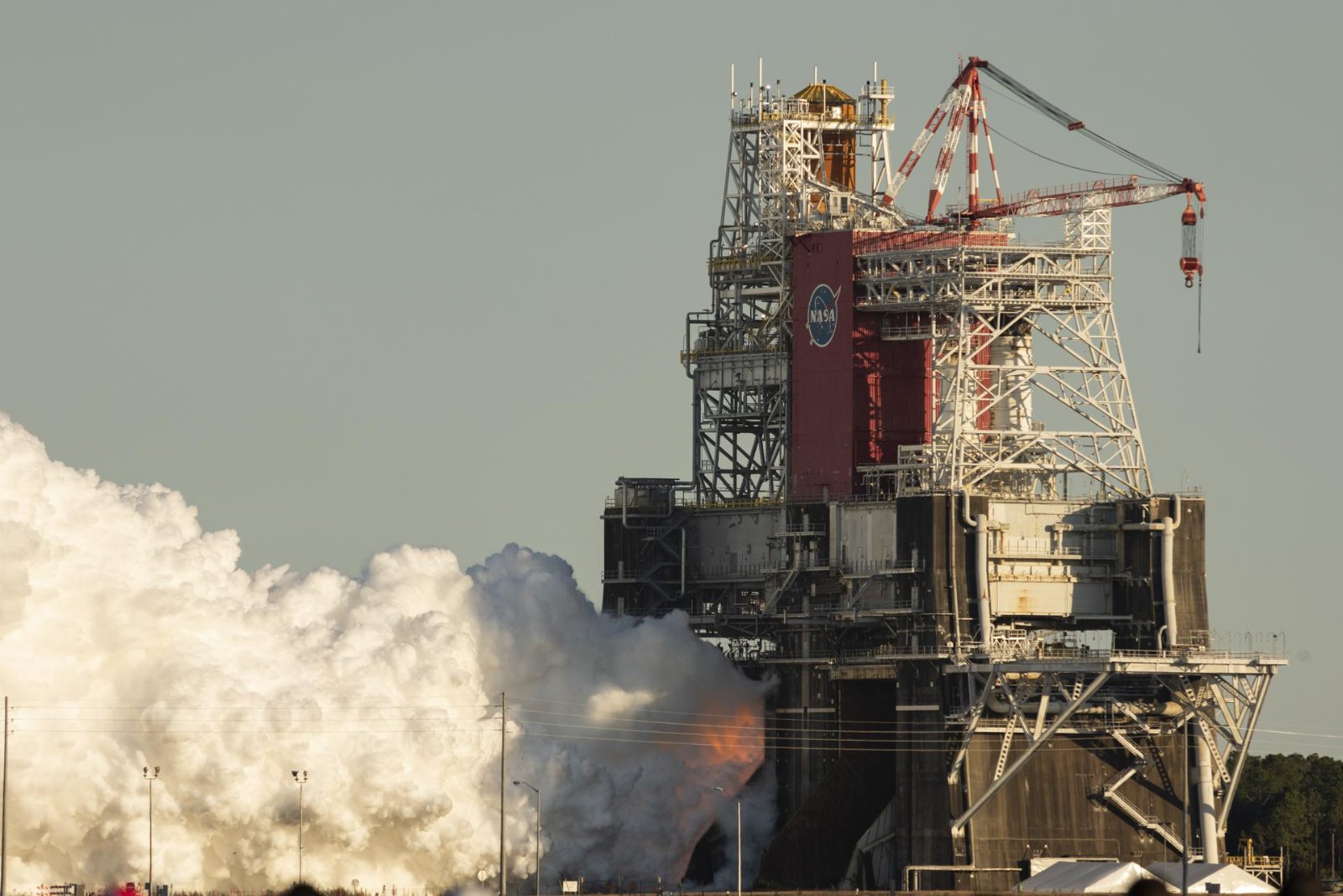 This will be the second time that NASA hot fires the SLS stage core after an initial attempt on January 16 (pictured above) ended earlier than planned. At the time, the test was automatically cut short by a flight computer just one minute into the procedure, causing the rocket engines to abruptly shut down.

As The Business Insider explains, the mechanism sprung into action "because a system controlling the engines' movements had exceeded limits that NASA set ahead of the hot fire" and which were intentionally set to "conservative" parameters to avoid any strain on the rocket that could potentially result in damaging the spacecraft.

Since the previous attempt, the SLS team has found a way to expand the rocket's limits without risking any hardware damage, Honeycutt pointed out.

Could Launch In November

If today's test is successful, the stage core will the shipped to the Kennedy Space Center in Florida, where the SLS is to be assembled. Assuming everything goes as planned, the rocket could hit the launchpad as early as November and embark on the Artemis 1 mission, which will carry an uncrewed Orion ship on a test flight around the moon.

The first crewed flight of the SLS is slated to take place in 2023 and will be the first to lift astronauts beyond low-Earth orbit since 1972. The goal of the Artemis missions is "to land the first woman and the next man on the moon" and, later, on Mars.