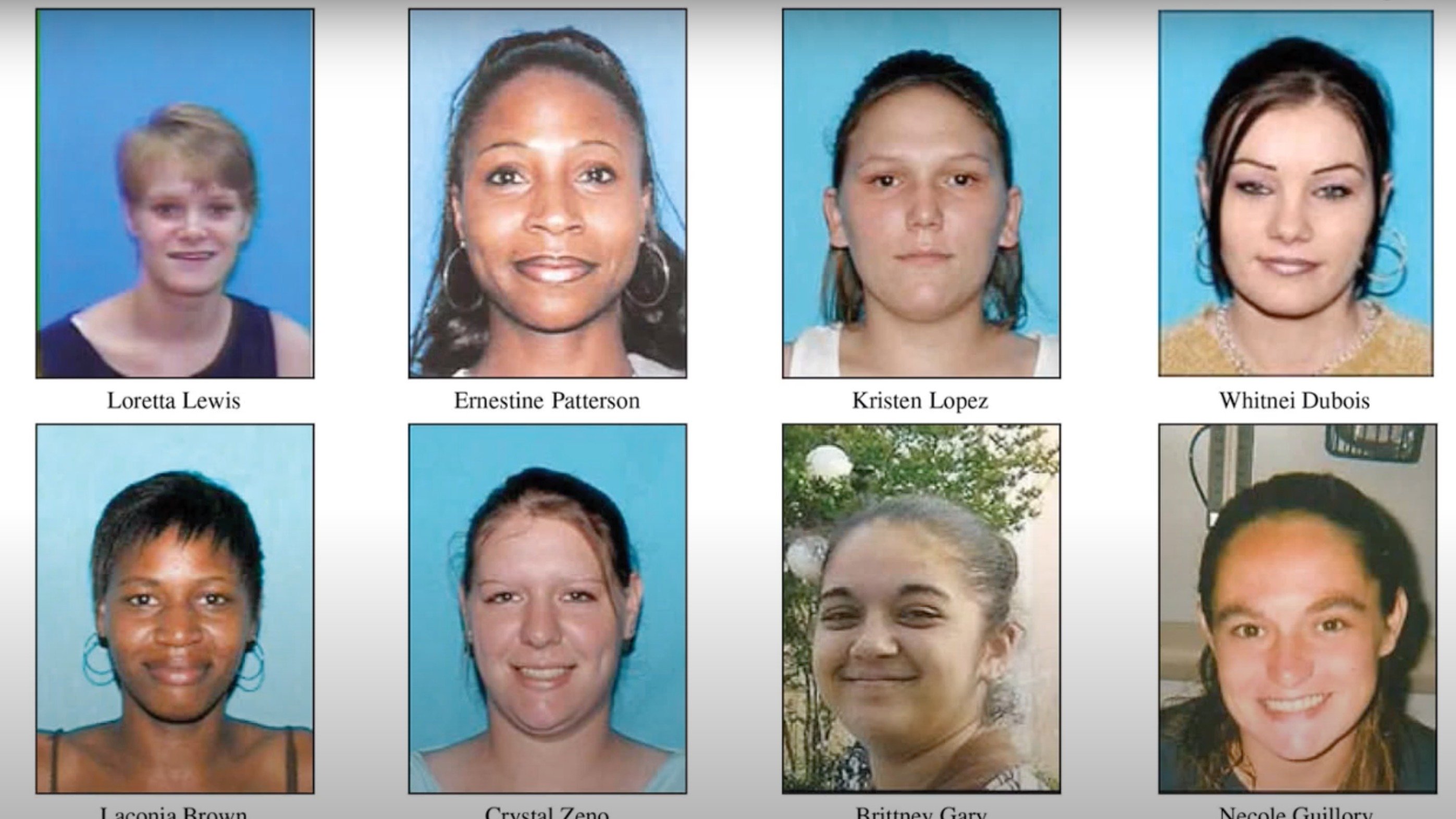 With a population of less than 10,000, residents of Jennings, Louisiana, likely felt safe and secure in their small town at one time. Even though murders routinely occurred across the country, the insulated nature of their tiny part of southwest Louisiana perhaps felt like a shield from the harsh realities of larger cities.

However, that all changed in 2005 when the first victim's body was located. Throughout the years that followed, other victims would appear, and the group would eventually become known as the Jeff Davis 8. 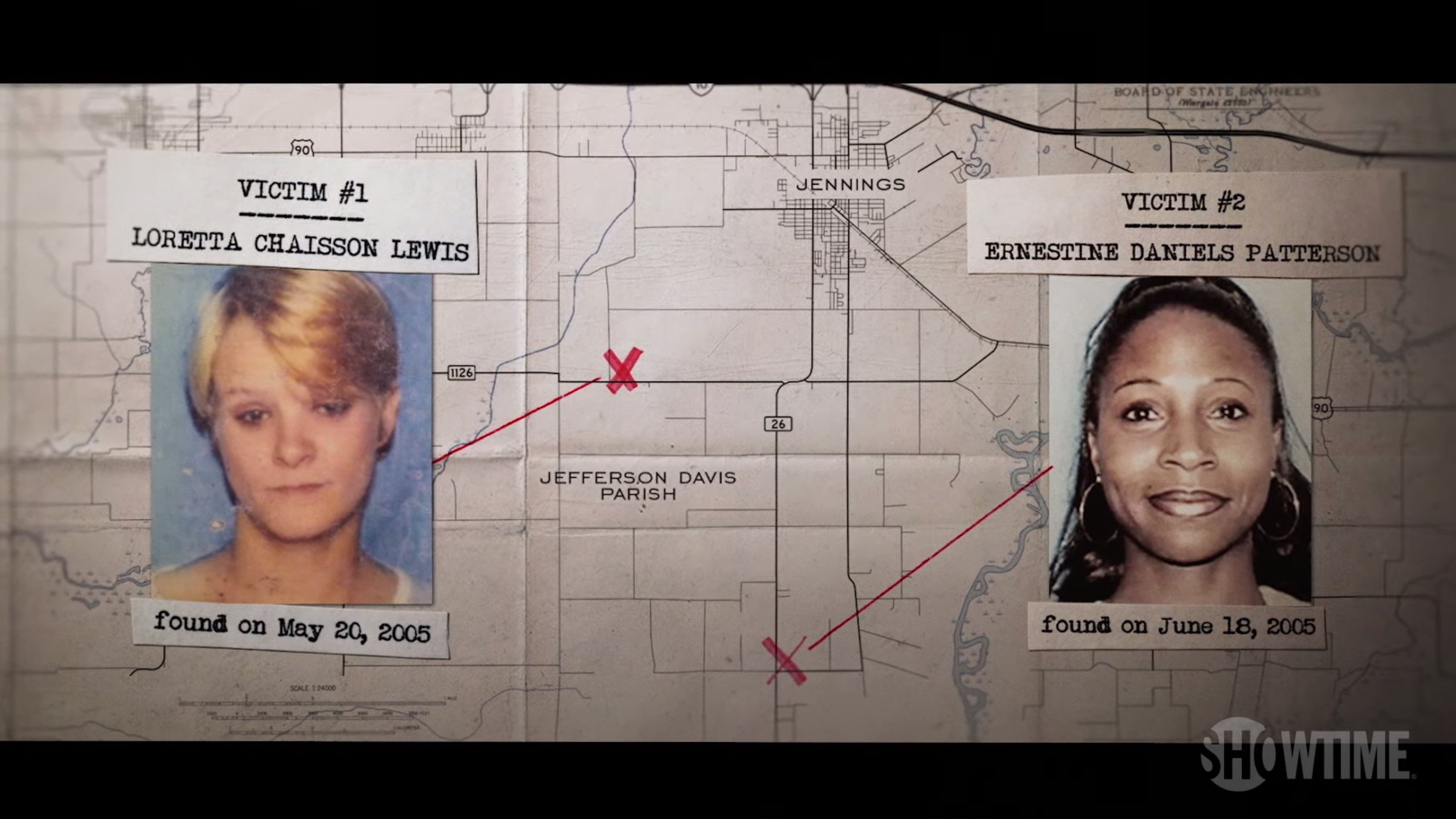 On May 20, 2005, Loretta Lynn Chaisson Lewis's decomposed body was located in a canal on the city's outskirts. At first, the fisherman who discovered Lewis's body thought he had stumbled upon a mannequin, as someone had been stealing them around that time. Unfortunately, it was soon revealed that it was the body of the 28-year-old.

Lewis had been a local sex worker who battled a crack addiction, so many initially believed that her death could've been linked to her lifestyle somehow. However, another victim would be located less than a month later, and the circumstances surrounding her death would be eerily similar to those related to Lewis's case.

Ernestine Marie Daniels Patterson's body was discovered in a different canal on June 18. Not only had she been found in a similar location, but she had also been in the same line of work as Lewis. Two men were charged with second-degree murder after her death, but the charges were eventually dropped. 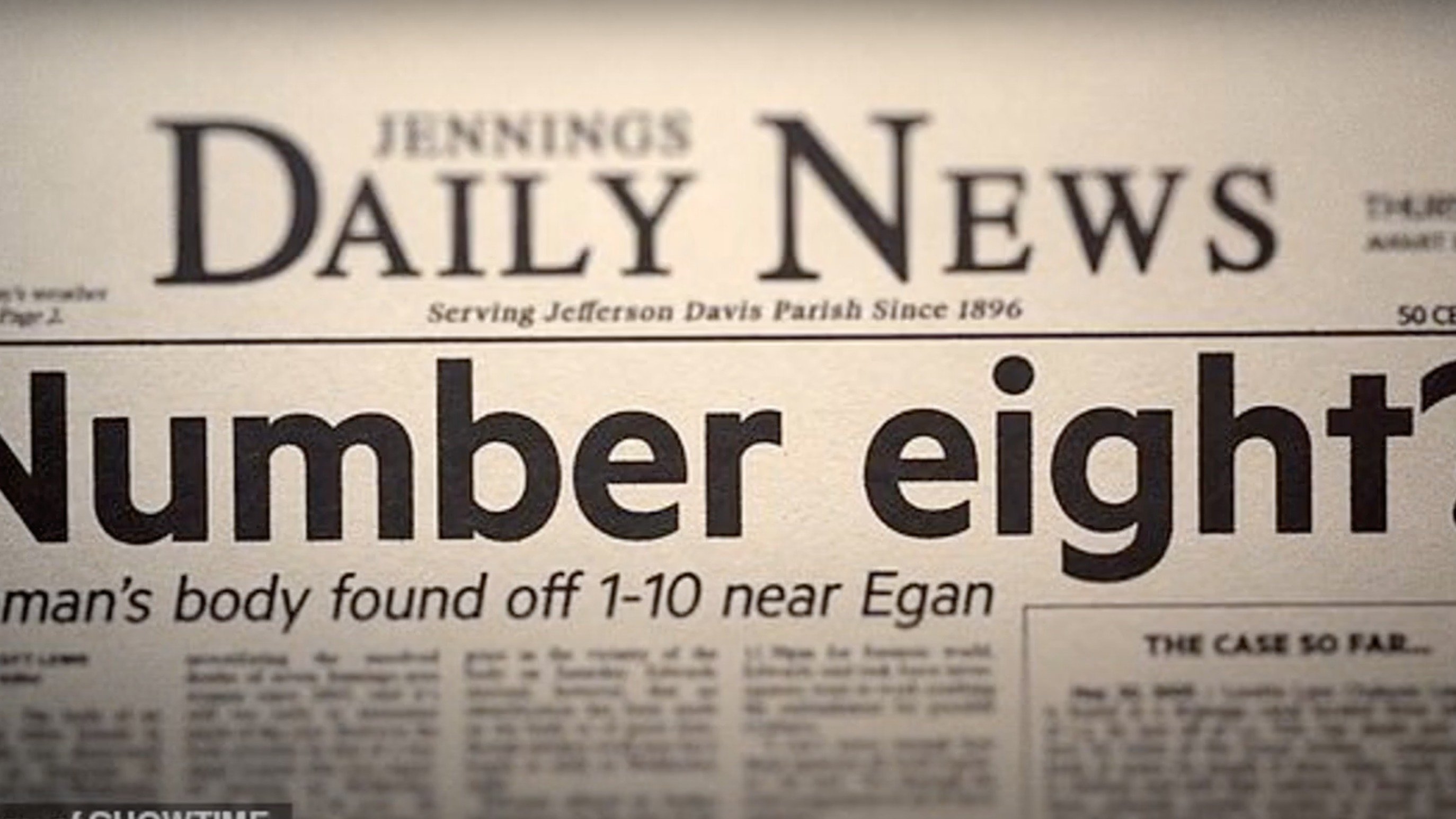 Following the discovery of Lewis and Patterson, the murders seemingly stopped for some time. Then, on March 18, 2007, another woman's body was found, 21-year-old Kristen Gary Lopez. While a local pimp, Frankie Richard, and his niece, Hannah Conner, were initially arrested, both were soon freed due to inconclusive evidence.

In the months that followed, the bodies of four more victims would be found: 26-year-old Whitnei Dubois, 23-year-old Laconia "Muggy" Brown, 24-year-old Crystal Shay Benoit Zeno, and 17-year-old Brittney Gary. Despite the obvious and understandable concern many residents likely had at that time surrounding the string of brutality, it would take an eighth victim before an official investigation was initiated. 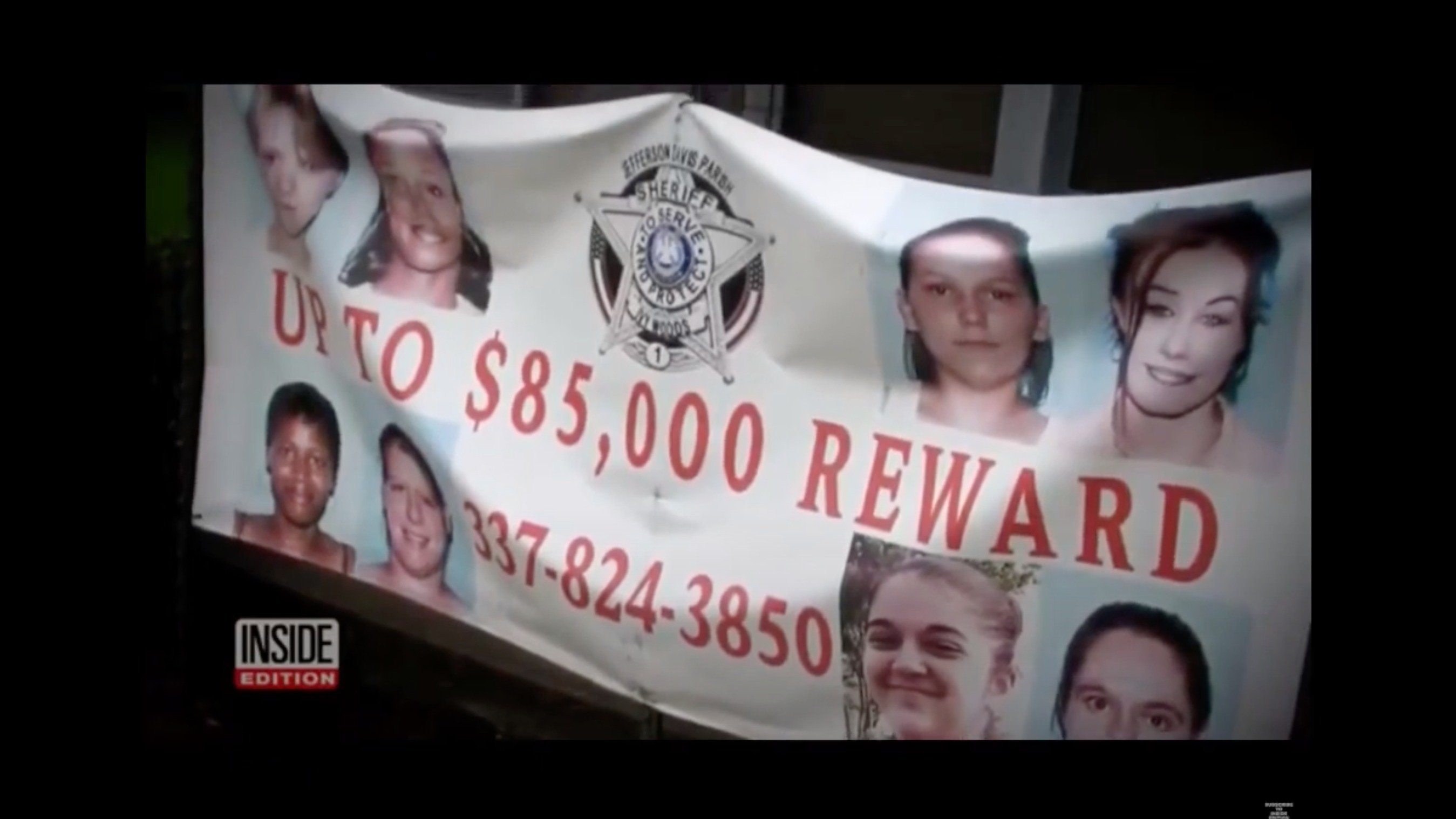 In December 2008, Jefferson Davis Parish Sheriff Ricky Edwards finally announced the creation of a task force centered around the murders. Even though this meant more police presence around the area, Necole Guillory's body was located in August 2009. Shortly after the discovery, Sheriff Edwards stated that the deaths could be the work of a "common offender." Despite a reward and a public discussion about the crimes, credible leads dried up.

While officials were outwardly stating that a supposed serial killer could have been behind the murders, many began looking at the police officers themselves. Suspicion mounted when a chief investigator reportedly bought a pickup truck from an inmate who knew one of the victims. An eyewitness had stated that she had seen Lopez, the third victim, in the truck on the day of her disappearance.

Still, the murders remained unsolved, even with heightened attention from both locals and out-of-state journalists. 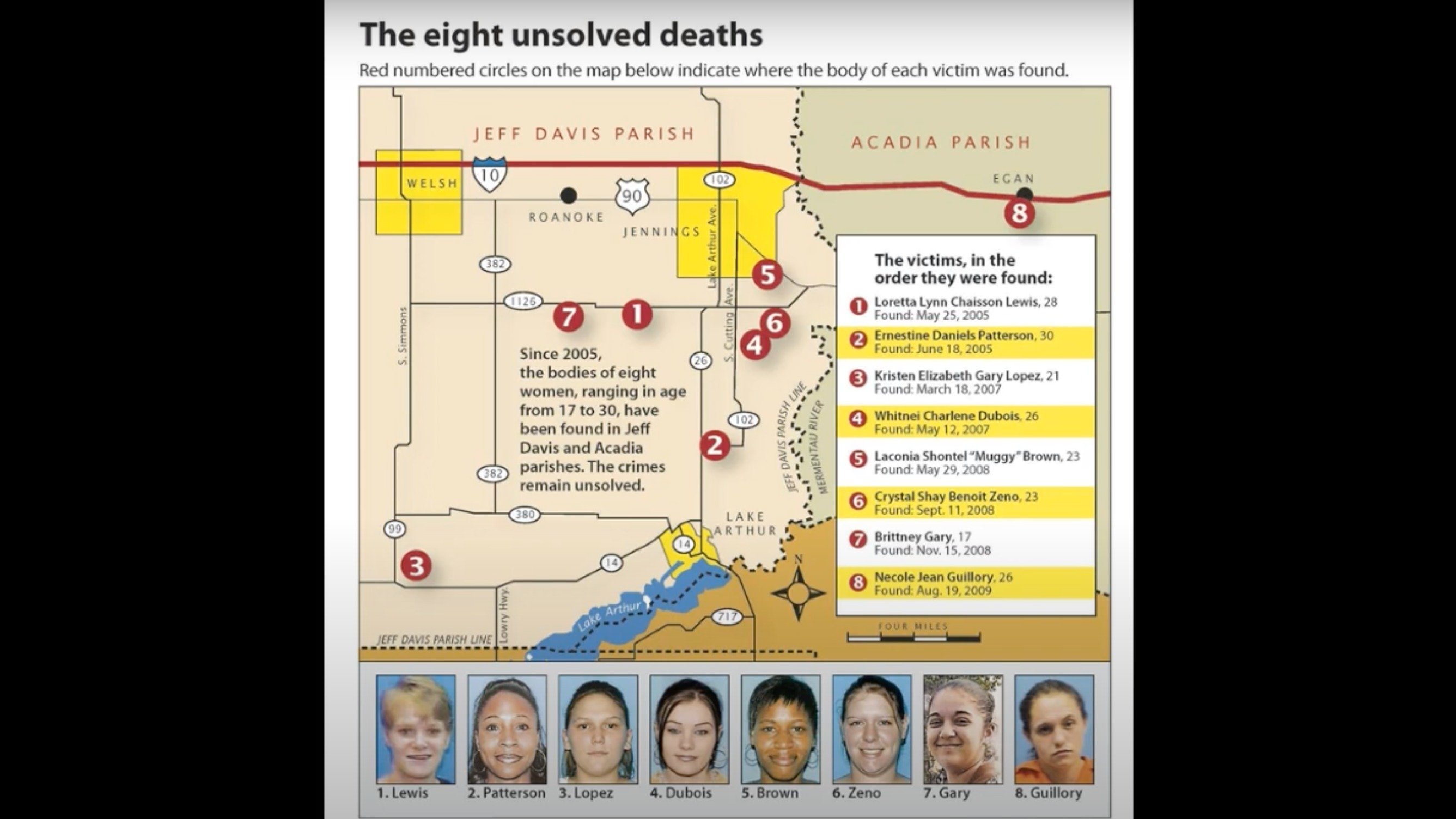 Despite the seemingly random nature of the murders, commonalities started to come to light. Not only were a couple of the women roommates at one time, but many of the victims had also visited a paricularlarly dangerous motel and associated with the same group of people.

According to the families of some of the victims, several of them had also served as police informants and had appeared anxious or scared before they died.

Transitioning Into A Cold Case 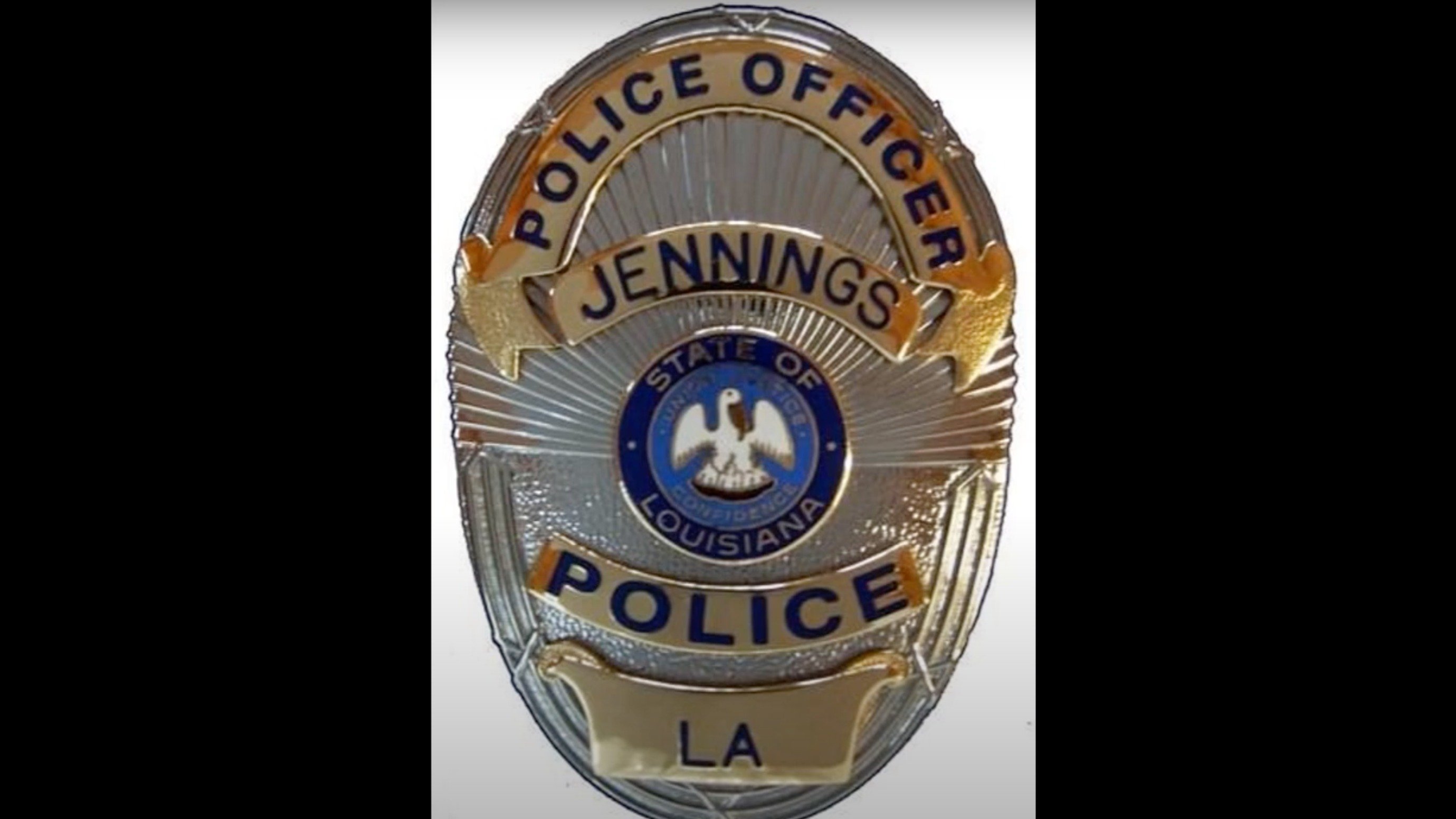 Over the years, various people were looked at the murders, including Richard and David Barry, who at one time had been a member of the sheriff's department. However, no one was ever held accountable for the violent acts.

In 2020, a New Orleans nonprofit called the Promise of Justice Initiative asked for a federal inquiry into the law enforcement organizations within the Jefferson Davis Parish area. While still an open investigation, many hope that the renewed interest in the case can bring a close to the final chapter of the story and help the victims' families receive their long-awaited justice.