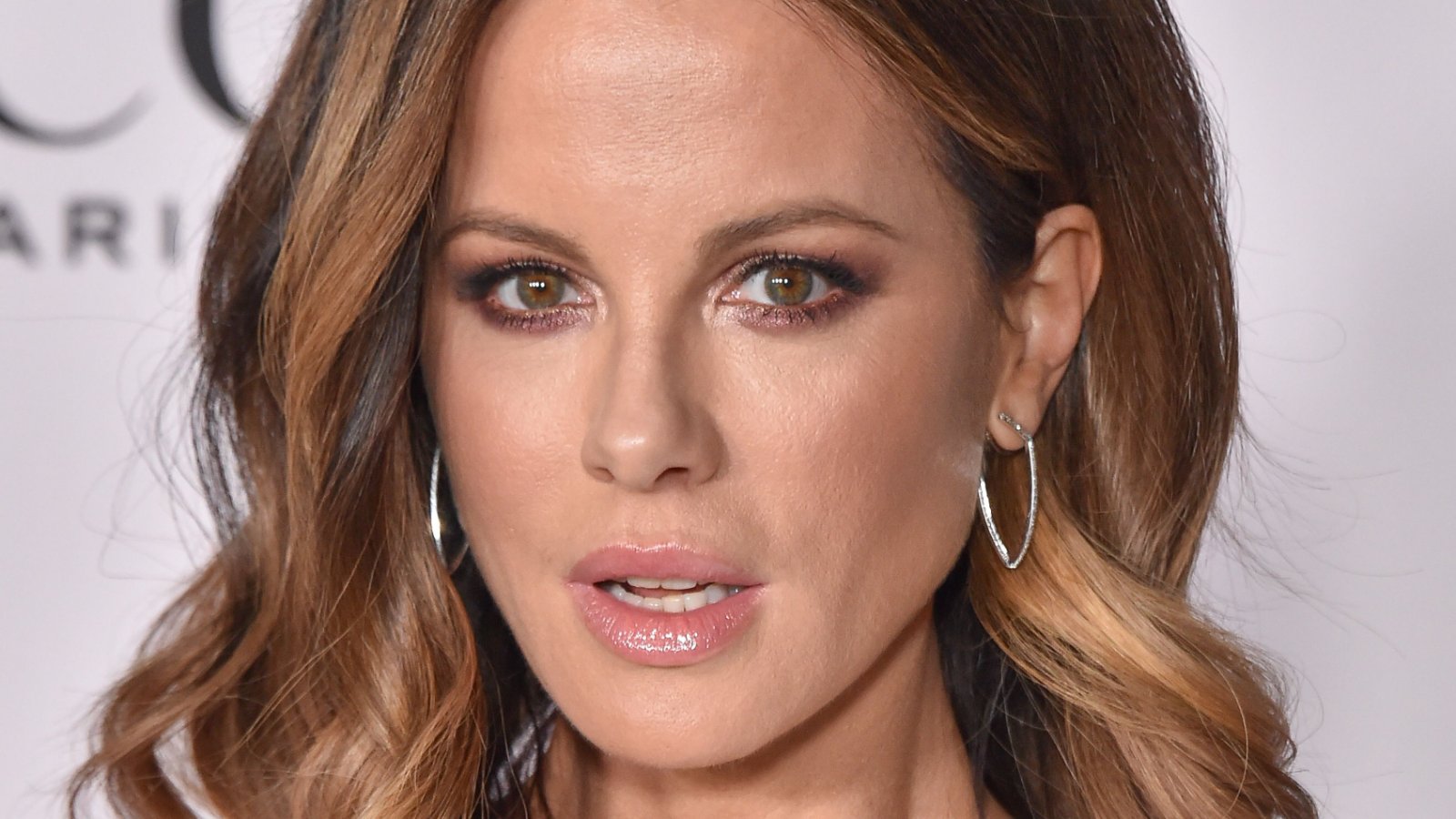 Anyone who's ever scrolled through Kate Beckinsale's Instagram feed knows that the Underworld alum is a huge animal lover. The glamorous 48-year-old Hollywood actress shares her life with three adorable pets -- two Persian cats named Clive and Willow, and a Pomeranian called Myf -- all of whom seem to share their mom's charismatic personality.

Hilarious updates of the trio doing silly cat and dog things abound on the Pearl Harbor star's page, with her latest offering on Wednesday featuring Willow as the lead. The four-part upload also gave Beckinsale's 5.1 million followers an eyeful of her incredible figure and saw the English beauty going leggy in eye-popping Moschino.

Check it out below. 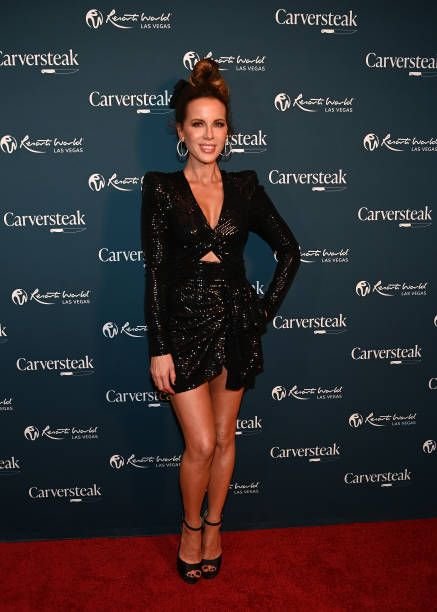 Captured poolside from artful angles that flattered her long, sculpted pins, Beckinsale posed up a storm in a high-waist miniskirt that skimmed her thighs. Her bright-yellow ensemble included an open jacket that showed off her bustier top and toned abs.

Both pieces matched the skirt right down to the scalloped white trim. Whimsical brooches on her jacket and skirt added an extra pop of color, depicting various animals, such as an octopus, a bunny, and a butterfly.

Beckinsale finished off the stylish Moschino look with black platform pumps that tied around her ankles, flaunting the chic heels as she lounged in a hammock and elegantly stretched out her legs in an outdoor seating area.

Keep going for the photos! 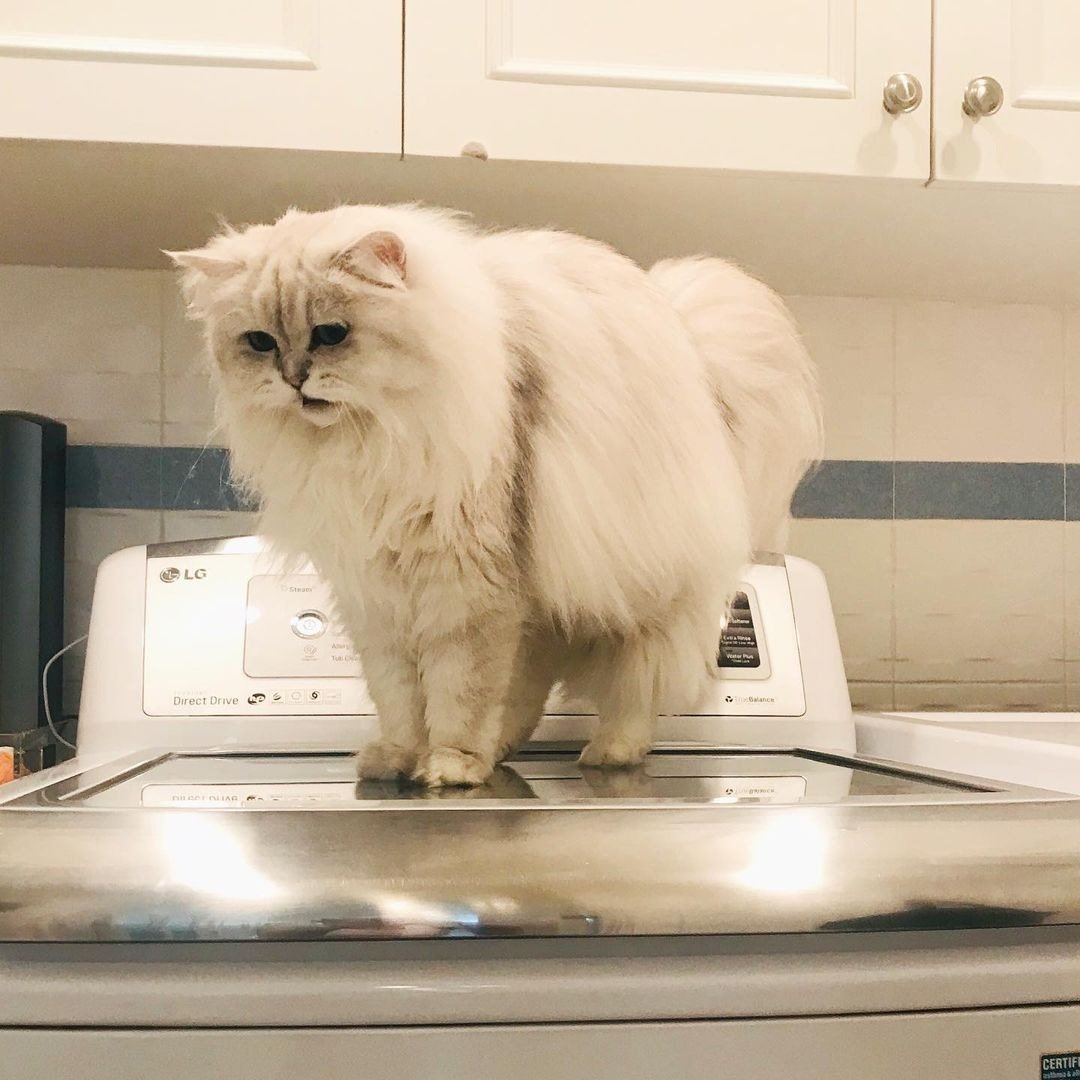 While The Widow star was definitely a vision, Willow still managed to steal the show in a hot-pink onesie with a pastel print. The fluffy white Persian never left Beckinsale's side, comfortably nestling on the actress' stomach toward the end of the slideshow.

Scroll through the embed below to see it!

In her usual bubbly manner, Beckinsale penned a hilarious caption for her post, writing: "Please signal your acceptance of our terms blah blah Big Ben etc."

A fashion icon in her own right, Willow apparently is not above recycling her outfits, with the pink one-piece previously making its Instagram debut in a post shared by Beckinsale back in October. Getting the gang together for a short hallway video, the actress sat on the floor next to a portrait of Judy Garland as The Wizard of Oz's Dorothy with her fur babies around her, with loving pets and scratches distributed generously among the three.

Scroll for more pictures of her pets!

Although it may have been Willow's turn to shine in the January 26 upload, Clive is the clear ringleader of the group. Frequently delighting his mom's following with eccentric outfits and quirky hats, Clive is a true fashion chameleon able to pull off any look, whether it's a Halloween hoodie, a pink tutu, a Disney princess dress, a Darth Vader costume, or even a French maid uniform.

The gray Persian is always dressed to impress, recently accompanying Beckinsale on an outing that proved to everyone he's the ultimate diva. Transported inside a transparent rolling case affording prime views of his yellow Christmas sweater, Clive lounged on a cushy pillow throwing glances in all directions. That's just how he rolls. 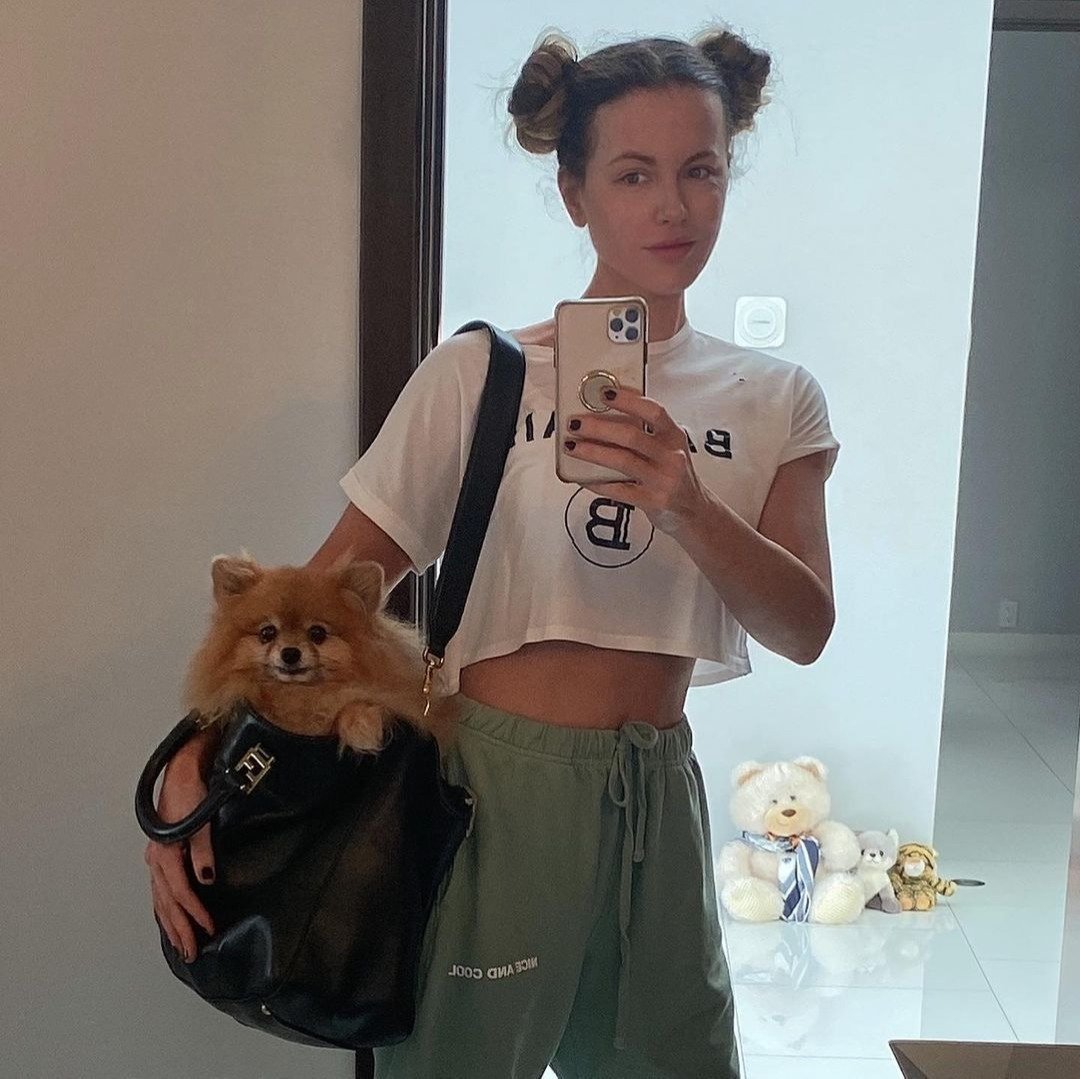 As the only canine in the household, Myf easily stands out, with Beckinsale documenting their close bond in a wealth of cute selfies and videos. When he's not lending a hand -- or rather, a paw -- in Beckinsale's press tours, as seen below for Guilty Party, the Pomeranian tags along on photoshoots or gets into trouble with Willow and Clive.

While we're not sure how long Beckinsale has had Myf for, the Jolt star revealed the ages of her other four-legged companions in a 2019 interview with PEOPLE. As she explained, Clive is the veteran and is “quite old,” around 13 or 14.

“We got him when my daughter [Lily Sheen, now 22] was little. And he usually is shaved into an odd shape, but he’s a recent cancer survivor. So, he will have all his old fur,” she told the magazine.

Meanwhile, four-year-old Willow seems to be the youngest member of the family, with Beckinsale sharing that she was “inherited from a friend of mine, who got Willow because she liked Clive so much. Willow is insane so, she gave her to me.”